Skip to content
Home /Uncategorized/How Does a Holographic Sight Work? 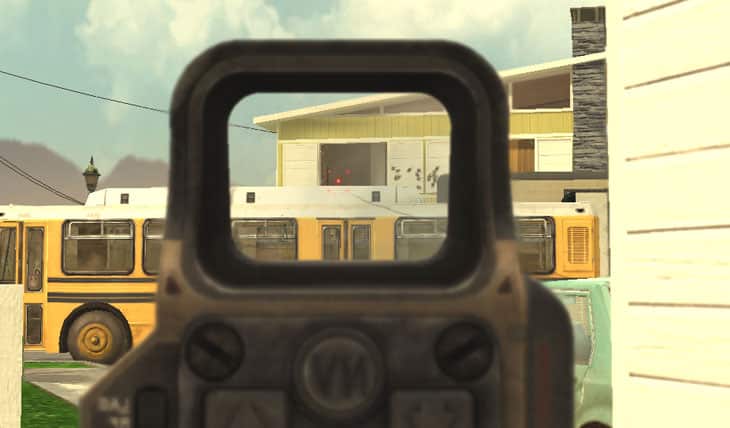 A holographic sight, also known as a holo sight, is a non-magnifying reflector sight that gives the user a red dot or reticle for aiming. It has an etched glass reticle and it emits the reticle via a laser diode within the scope so it can be seen by the user through one of its glass eye pieces. The most common use of this type of sighting is in conjunction with small arms but it can also be found on paintball guns and crossbows.

The holographic sight has some major advantages over standard telescopic sights.  It allows shooters to have both eyes open while aiming which improves target acquisition time by about 300%. It’s lighter than most optical scopes because there is no need for any telescoping parts. The center of gravity is closer to the weapon, which makes it harder to tip over.

In order for a holographic sight to work accurately, it must be calibrated and bore-sighted with the firearm that you plan on using it with. Calibration means adjusting the reticle so that your point of aim equals your point of impact at a specific distance – usually 100 yards or meters – regardless of range.  Boresighting is aligning the sighting mechanism parallel to the bore axis. Once these processes are successfully completed you will have a much easier time hitting targets, even ones quite far from you.

Another advantage that this type of scope has over others is that because there are no mechanical parts that move, there is no chance of it getting jammed or broken due to coming in contact with foreign objects such as dirt and sand.

You should always leave the batteries out when storing the holographic sight so you don’t accidentally turn it on when inserting or removing them from storage.  If this happens the battery will drain before its time and may even damage it permanently and render it inoperable.

The benefits of using a holographic sight

No magnification – By not magnifying the target, this sight allows the shooter to view more of their surroundings and allows for a wider range of vision than if they had used a scope with magnification.  The lack of magnification also prevents eye strain that is common with scopes that use more power.

Shooting both eyes open – Shooting with both eyes open improves peripheral vision and depth perception, allowing shooters more awareness on all sides. It also lessens the chance of them being hit in non-vital areas by an opponent due to not having tunnel vision when aiming down sights at one or two targets.

Improved target acquisition – Most holographic sights allow for point blank shooting out to 100 (91 meters), meaning you would only need to be about 9 feet away from the target if it were at that range. This makes acquiring targets much easier, especially in close quarters combat situations.

Decreased amount of recoil – Holographic gun sights allow shooters to manage their recoil better by increasing stability and decreasing muzzle climb. This is because there are no moving parts, which means less movement overall when firing the weapon.

Being lighter than scopes with lenses – Less cumbersome weight means being able to hold your position better or even move around freely without worrying about getting tired faster due to the additional weight on the firearm. It also keeps tension off of muscles, consequently decreasing fatigue.

How to zero in your holographic sight for the best accuracy

The difference in distance between where the reticle is sighted in and where the point of impact ends up after firing can be multiplied by a factor that determines how far off your target will be at different distances.  For example, if you have your gun zeroed in to hit targets 100 yards away but instead of hitting dead center of mass it hits 2 inches lower than intended – this would mean that for every 1 foot the bullet travels from error to impact site, it will result in missing your actual target by more than 5 feet. Keep this number – called the “multiplier” – handy so you can use it when adjusting your sights to compensate for error.

a) Find a quiet area with open space around you to set up a target – ideally at least 100 yards from where you will be, but some holographic sights will require more distance for accuracy.  You should choose a backdrop that contrasts with the color of your target so it stands out as much as possible.

b) Set your new targets on top of existing ones and cover any writing or numbers on it – making sure there is no information about how far away they are – just white space.

c) During testing, line up your weapon’s reticle parallel to where you intend to shoot and aim directly into the bullseye.

d) When you shoot, note where the point of impact actually ends up.  If it falls within 2 inches below center mass all the way out to 6 inches above the center mass, you are good to go.  Use the multiplier given in the instructions with your holographic sight when aiming for targets at different distances.

e) If there is more than 2″ of difference between your shot and where it hit, re-adjust the reticle so that it is further up or down depending on how far off target you were.  Keep doing this until your shots land within 2″ of the intended spot every time over a wide range of distances.

f) Once you have finished zeroing in your holographic sight, double-check by shooting again at 100 yards away to ensure that the point of impact will be where you want it to be whenever firing from any distance. There is no need to adjust for windage because the bullet will remain stable upon leaving the barrel.

2.  If you are unable to hit 2-inch groupings or more over a wide range of distances, re-familiarize yourself with your weapon and get someone experienced in sighting in scopes and holographic sights to help you out. If there is still an issue after having everything double-checked, contact the manufacturer’s customer service department directly for assistance.

3.   You should check your zero every time you change the magnification power on your scope just to be sure it wasn’t knocked out of adjustment during transportation or storage for extended periods of time.